Michael Saylor is bullish. Super, uber bullish on bitcoin. In fact, he’s so bullish that he decided to “bet the ranch” on it.

That “ranch” is MSTR — the company of which he is the founder and CEO. Michael believes that bitcoin is the perfect treasury reserve asset for MSTR, much better than cash or short-term treasury bonds.

MSTR started buying bitcoin in August 2020 and today, as of October 2021, the company owns more than 114K BTC. That’s a record. No other corporation holds more – all because of Michael.

Will MSTR go to the moon? Will Michael at some point become the richest man on the planet? Who knows, but if you root for Michael and MSTR, you should HODL this NFT, which is strictly limited to 65 pieces.

“Bitcoin is a swarm of cyber hornets serving the goddess of wisdom, feeding on the fire of truth, exponentially growing ever smarter, faster, and stronger behind a wall of encrypted energy.” — Michael Saylor 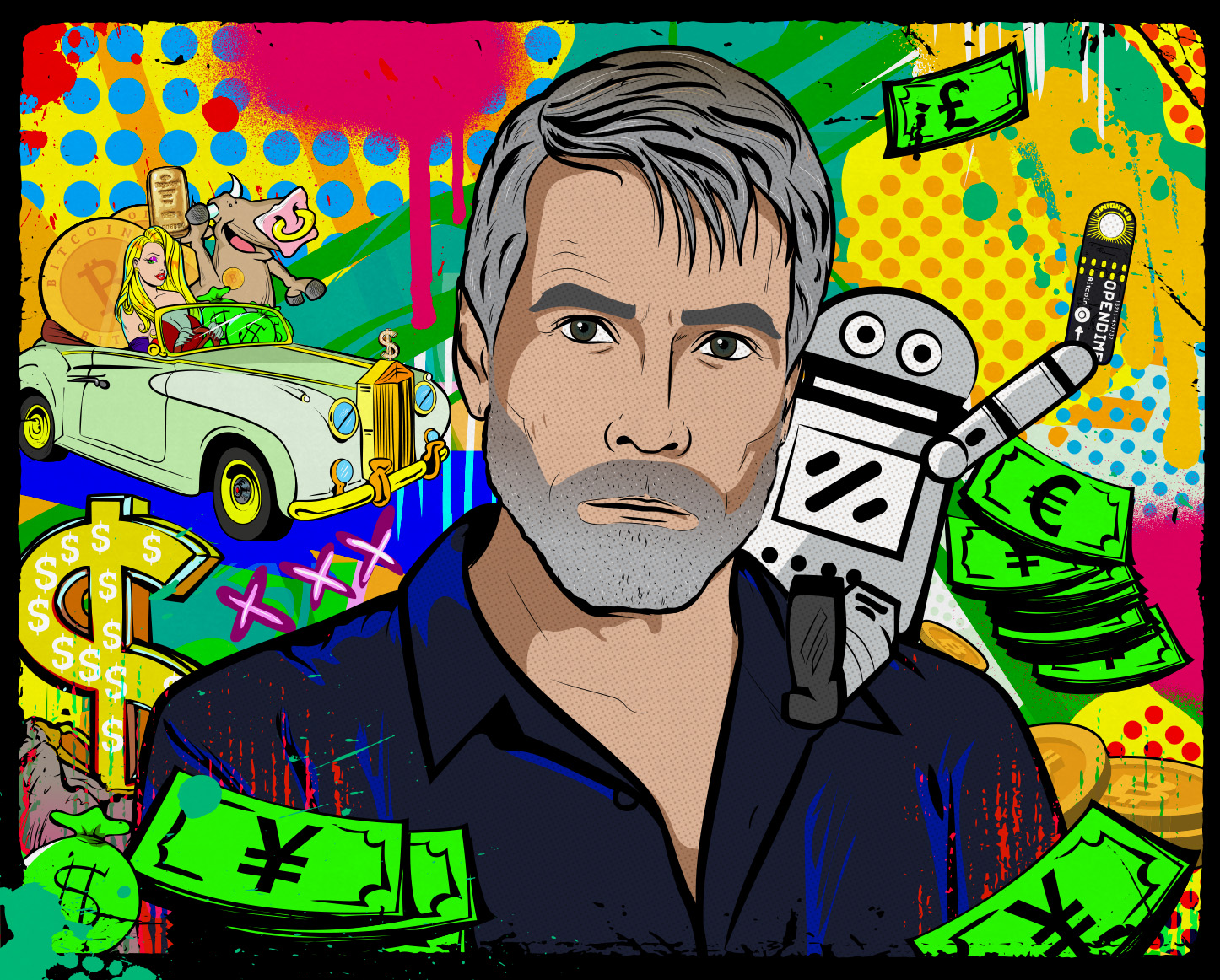