We recommend you read part 1 before reading part 2. You can access part 1 HERE.

The four most important skill categories of poker

In my experience, the four most important skill categories of poker are:

Mindset concerns the most frequent and dangerous psychological biases associated with poker, particularly: Overconfidence, tilt, and the disposition effect. These biases are always present in the game of poker, and they must always be worked on if one wants to survive at the tables.

Tilt, for example, is a poker term for a player who loses emotional control (being “on tilt”) while trying to recover from a loss, making overly aggressive, bad bets, which end up amplifying the total loss. Every player has a point beyond which he/she feels a strong sensation of rage and frustration, provoked by a sense of injustice and the cumulative amount of stress of the session:

The difference between expert and amateur players is that the expert players leave the table when they start feeling these sensations. They acknowledge that their game is worsening and know that the best thing to do is quit, at least for 30-60 minutes.

Game Theory is about the mathematical structure of the game. Without Game Theory, which is akin to a “source code” on which the game runs, poker would merely be a psychological challenge. Game Theory is a tough nut to crack though because it takes a great amount of study away from the tables.

Until about 2010 it was possible to be a winning player (even online where the field is more competitive) without a strong poker theory background. However, in 2018, my last active year, there probably was no professional online cash game player who didn’t use at least one of the following software packages: CardRunners EV, PioSOLVER, PokerSnowie, or similar programs. These programs are used to analyze several important aspects of the game, including:

Using these poker solvers, a player can study how a computer would play against another computer in terms of optimal actions (i.e., Nash equilibrium: Nobody has an incentive to deviate from the optimal strategy). Personally, when I started to study my sessions with PioSOLVER, I began to truly understand NLTH poker. Without observing how a solver plays thousands of pots (often in a very counterintuitive way), it is highly likely that a player will remain stuck with a sub-optimal set of convictions.

Let’s consider a simple example to better understand Game Theory in the context of poker. Assume we’re at a NL1K table, blinds: 5$-10$. All players enter the game with 1,500$.

Question: Should we call or fold?

The first thing we notice is that the pot, before we decide to call, is 2,025$ (1035$ + 990$) and that we have to put in about half of the amount (990$) in order to see the showdown. This means the pot odds are approximately 2:1, which in turn means that our call decision needs to be successful at least 33% of the time to be profitable. Put differently, if we played this exact pot over and over again, our call decision needs to produce a win in at least 33% of all cases.

The second thing we notice is that our opponent goes all-in with two polarized types of hands:

In other words, on this precise river (the river card is the final card dealt in a poker hand, to be followed by a final round of betting and, if necessary, a showdown), the opponent would never go all-in for value with a hand worse than ours. This second consideration translates into the fact that, in order to make the call with a positive EV, the opponent has to bluff at least 33% of the time.

But how can we know how many times (i.e., the frequency with which) our opponent bluffs in this situation?

Answer: In most cases this is impossible to know.

What would happen if we folded our hand more than 50% of the time? In this case our opponent would make money with this bluff in the long run. But let’s have a closer look: If our opponent gave up the pot and checked behind the bluff after the river, the EV is zero because our opponent would lose the pot every time (our opponent’s actions on flop and on turn don’t matter when evaluating the EV of the action on the river. The only thing that matters is the pot that exists in the present and whether our opponent checked behind his cards without showdown value).

But what would happen if we folded less than 50% of the time? Under this scenario our opponent can exploit us by never bluffing because we are calling more often than we optimally should.

It now appears clear that in absence of relevant information (i.e., known tendencies/behaviors of our opponent), we should call the all-in with 50% of range (recall that the range represents the potential set of hands) with which we arrive at river by making call preflop, check-call flop and check-call turn. (Check-call means we check, the opponent bets, we call). We have to defend river with the “best half “of this range and we should fold the other half. “Best half” means the top 50% of our own range in a given street (streets are: preflop, flop, turn, river).

Summarizing, the optimal frequencies at river for the defender are 50% call vs. 50% fold, and for the aggressor 66% of value hands vs. 33% bluffs. If players applied these frequencies, they would be unexploitable at river. However, when players choose to deviate from these frequencies, they increase or decrease the payoff which is ensured by the GTO frequencies. The outcome now depends on who is better able to exploit the vulnerabilities of the other.

But we still haven’t answered the question: Fold or call?

In reality however, as I pointed out above, we almost never have reliably strong convictions about our opponents’ tendencies, especially when we are playing a big pot (indeed big pots are less frequent, which is why we have less information about the tendencies of our opponents in a situation like that. Akin to a small sample size in trading).

The more a poker player knows his ranges from preflop to river, the more he/she is a tough player, because he/she can decide to apply GTO decisions in the absence of strong convictions about the opponent’s tendencies.

On a scale from 1 to 10, a good (winning) poker player must have a level of 6 or higher in the Mindset and Game Theory categories.

Intuition and Pattern recognition are advanced skill categories in the sense that, unless your name is Phil Ivey or Daniel Cates, you likely won’t be able to show competence in them during the first months or even years of your poker career. You will need to play hundreds of thousands of hands in online mode, or many thousand hands in live mode, before you can actually understand what these skill categories mean in practice.

Good intuition and pattern recognition skills are needed to move from solid player (Mindset level 7+ and Game Theory level 6+) to top player. For example, a top player is able to do a hero fold (i.e., a fold that 99% of the players wouldn’t have done in the same situation) only because he is absolutely convinced that under a specific circumstance a specific opponent wouldn’t have chosen a specific action. A top player has that conviction because of intuition and pattern recognition skills.

A hero fold is, by definition, a move that’s contrarian to the optimal move. So, according to Game Theory, a top player in our example should have called because the call has a larger expected payoff than the fold (recall that the EV of the fold is always 0).

However, the EV is only meaningful if we are dealing with random variables. What if a gifted player, in a certain situation, could estimate your hidden cards with an accuracy so high that it wouldn’t any longer make sense to use GTO frequencies?

The GTO approach maximizes the EV by not caring about opponents’ tendencies. GTO means that “regardless of the opponents’ actions, if I split my own actions with certain optimal frequencies I will ensure a fraction of the pot equity in the long term.” And that fraction of the pot equity is the maximum fraction available in the absence of exploitable information. The more a player is able to exploit information about opponents through intuition and pattern recognition, the more the player can deviate from GTO frequencies in order to maximize the expected payoff. But, at the same time, when a player deviates from GTO frequencies, the player is at risk of being exploited by the opponents.

Deviations from GTO frequencies are advantageous against weak players, but they are risky against top players.

Personally, I used to avoid playing in “intuition mode” for a whole session: The number of mistakes I made in the name of intuition tended to exceed the good decisions which I made in the same name. My best sessions were the ones where I merged the rigid, theoretical approach with “discretionary choices” that were guided by intuition – choices sometimes very distant from an “optimal territory.”

I would like to repeat this concept: A player can exploit an opponent through discretionary decisions, but at the same time the player can be exploited by the opponent if the opponent thinks on a higher level than the player (so, one needs to be able to think in higher dimensions of dependencies).

While pattern recognition is the result of experience and subconscious memorization and constantly used by expert players during their sessions, intuition is a metabolization of those aspects through our evolutionary path (i.e., “memory” stored in our genes).

Note though that intuition is useless when playing against a computer, because a computer doesn’t give the human player any information that could be exploitable through intuition. Intuition is therefore an advanced weapon in the poker arsenal against human players, but not against machines. Pattern recognition on the other hand can be useful when playing against a computer if the computer is not an advanced bot. A well-programmed computer however doesn’t repeat the same action under the same circumstances in a predictable way.

This is the end of part 2. In part 3, which will be published in due course, we’ll take a closer look at the role of luck in the game of poker. Subscribe HERE to ensure you don’t miss it. 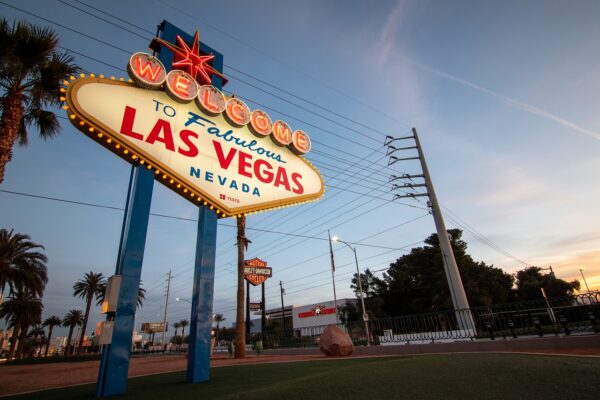