We recommend you read parts 1 and 2 before reading part 3. You can access part 1 HERE and part 2 HERE.

In life, “success” is not definable in a unique way. Success means different things to different people. That’s not the case in poker though. In poker the only possible definition of success is making money in the long run.

In part 2 of this series on poker we explained the four most important skill categories which a player needs to master in order to achieve this goal: Mindset, game theory, intuition and pattern recognition.

Note that while making money in the long run is the goal, losing money in the short term is the cruel result that poker players must accept in order to become successful. This is true in two ways.

Let’s define failure. Failure is a situation of drawdown from which a player is unable to escape, i.e., the player is stuck with losses.

This can happen when you insist playing against a field which you think you’ll be able to beat, but actually aren’t holding an advantage. Or it can happen when you aren’t able to properly react to a “cluster” of bad luck, in other words, when you experience a rather long period of drawdown and your game level decreases without you realizing this decline, causing you to start playing overly aggressively or too passively.

Personally, I experienced 2-3 failures during my poker career. The journey wasn’t linear at all. The fact is this: In poker there is no such thing as the last failure. Bad periods happen, and you always must be prepared for a new bad period. You can have multiple bad periods in a row, akin to a long-lasting string of losses in trading.

The question is: Are you able to recover from these tough periods or not? What are you willing to do to make it happen?

Moreover, if you are a high stakes poker player (which I have never been), a failure can be caused by a single pot given the amount of money involved in the session. Let’s watch this “battle” between Doug Polk and Patrick Antonius. It happened in 2015 during a high stake cash game session (minute 10:58). Keep in mind that in a cash game the chips represent real money, unlike in tournaments where the value of chips is symbolic.

After the river, Polk – having realized that his hand had no showdown value anymore – decided to turn his hand into a bluff with the idea of blocking potential full houses of Antonius: He check-raised to 302,000$ after Antonius made an over-bet of 90,000$ on a pot of 64,000$.

In this situation Polk wanted to signal a very strong hand (a full house) and tried to make Antonius fold a hand like trips of 5 or a straight. But, Antonius, being an expert cash player, called and won with a straight.

Put yourself in the shoes of Doug Polk for a minute. How would you have felt in the following days? Poker is a fascinating beast, but even the best players in the world sometimes hurt themselves.

We’ve now touched on success and failure. But what about gambling? Poker is a skill-based game, but luck also plays an important role.

In poker, skill is the King in the long run, but luck is the Boss in the short run

Since luck is an unremovable part of the game, poker and gambling share some common ground. I think that no professional poker player, even the most disciplined, could deny this shared territory. The territory even has a name. It’s called adrenaline.

A great hero call with bottom pair through which you can win the equivalent of an average monthly salary or a great action where you turn showdown value into a bluff after you understand that you are behind the opponent (and so instead of folding you go all-in because your cards are blocking cards for the top range of the opponent and thus you force the opponent to fold) engender sensations which are hardly reproducible in normal life.

Moreover, still talking about the intersection between Poker and Gambling, in case you’ve ever played live for a longer period of time, you’d probably know many people who have been ruined by casino games. And if the casino is called Bellagio or Aria and located in Las Vegas, you will see very eccentric people – both at the table and away from it.

I played at the Bellagio one day when my friend Andrea and I took a break. We wanted to go to the restaurant inside the casino but took a wrong path and involuntarily passed through a Room Privée at a moment when nobody was guarding the entry. I spotted an Asian gambler who randomly threw chips on the table, each of them worth 5,000$. He was throwing them away like peanuts. We would have liked to stay in order to see a true gambler in all his splendor, but since we weren’t meant to be in this location, we decided to go our own way. As we headed to the restaurant we did a rapid estimate of how much this player had in chips. Around 1M$.

Many talented poker players aren’t able to make money, not because they don’t win at tables, but because they lose their profits at casino games other than poker. Maybe the most legendary figure in this sense is Stu Ungar, a gifted player ruined by his “adrenaline addiction.” He said: “There’s no one that ever beat me playing cards, the only one that ever beat me was myself”.

I think that this quote applies not only to him, but to every poker player. Poker is a game in which you fight against yourself first. Against your emotions, your fears, your greed, your relationship with risk, your acceptance of failures, your stress management, and your willingness to learn from a disastrous session. The thin line between success and failure is drawn in these daily battles.

So, what about me? I decided to quit professional poker when I realized that the poker lifestyle wouldn’t have been sustainable in the long term: 1-2 thousand hands daily on 6 simultaneous tables (in online mode), requiring me to make at least one hundred non-trivial decisions daily, most of them at night. I’d go to sleep at dawn, often unable to fall asleep because of adrenaline. Mood swings are inevitable after sessions which you couldn’t have won even if you had seen the opponent’s cards. Moreover, there was uncertainty about upcoming regulation as online poker rooms such as PokerStars hold a sort of monopoly and they can easily dictate taxation rules, e.g., rake politics.

I sometimes miss poker, but what I learned from it is still with me, metabolized in my inner self. I find it extremely valuable – for life and for trading. 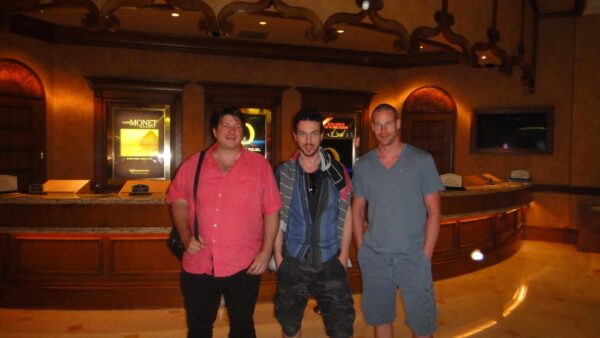 This is the end of our “The Game of Poker” series. You can subscribe HERE to receive our future publications. Thank you.

Twoquants GbR is the provider of this Website (the "Provider") any may also use third party cookies that help the Provider analyze and understand how you use this Website. These cookies will be stored in your browser only with your consent. You also have the option to opt-out of these cookies. But opting out of some of these cookies may have an effect on your browsing experience.
Necessary Always Enabled

Any cookies that may not be particularly necessary for this Website to function and are used specifically to collect user personal data via analytics, ads, other embedded contents are termed as non-necessary cookies.

SAVE & ACCEPT
Go to Top